A few years back, Newt Newton at D101 Games published a sweet Swords & Wizardry variant titled Crypts & Things. This OSR-flavored game has everything who like their fantasy dark and gritty with some pretty cool rules additions inspired by Akrasia of Akratic Wizardry fame. Now Newt is about to launch a Kickstarter campaign for a "remastered"edition of C&T.

This upcoming edition promises new and improved artwork, tighter editing, new and streamlined rules, more classes, more spells, more monsters, more EVERYTHING! Donors will also get a sneak peek of the draft rules, so they can get a taste for what is to come.

Makes you want to strip down to your breechcloth and run around with a huge sword slaying serpent men, doesn't it?

(Except myself, of course, Me in any state of undress is a horror of Lovecraftian proportions!)

Since I'm one of those types who needs miniatures for my games, I've been thinking about great sources for appropriate Sword & Sorcery figures. I've mainly been getting mine from Reaper, but Newt's initial announcement turned by attention toward this recently funded Kickstarter campaign by from Monolith Board Games featuring a familiar fantasy hero:

"Conan is a miniature-based board game that pits one player, the overlord, who controls hordes of savage tribesmen, no-good lowlifes and undead minions against 1 to 4 players who incarnate the legendary Conan and his fellow adventurers. The gameplay is asymetric, as the overlord possesses a large selection of models and objectives which are his own, whereas the brave heroes are played from a first person perspective, much like in a role playing game. An adventure can be played out in 1 hour on one of the beautiful game boards as you pit your wits, daring and tactical acumen against your opponent."

The miniature samples look nothing less than awesome and the "King Pledge" level gives you a heap of familiar heroes, human, enemies, monsters, and terrain. I normally don't buy into board games, but like the Reaper Bones, Heavy Gear, and Robotech: Tactics crowdfunding campaigns that came before, I could not resit the wealth of figures that I would be getting for the price. Even if it turns out that the game itself is a bust, I will certainly use the miniatures for other things. 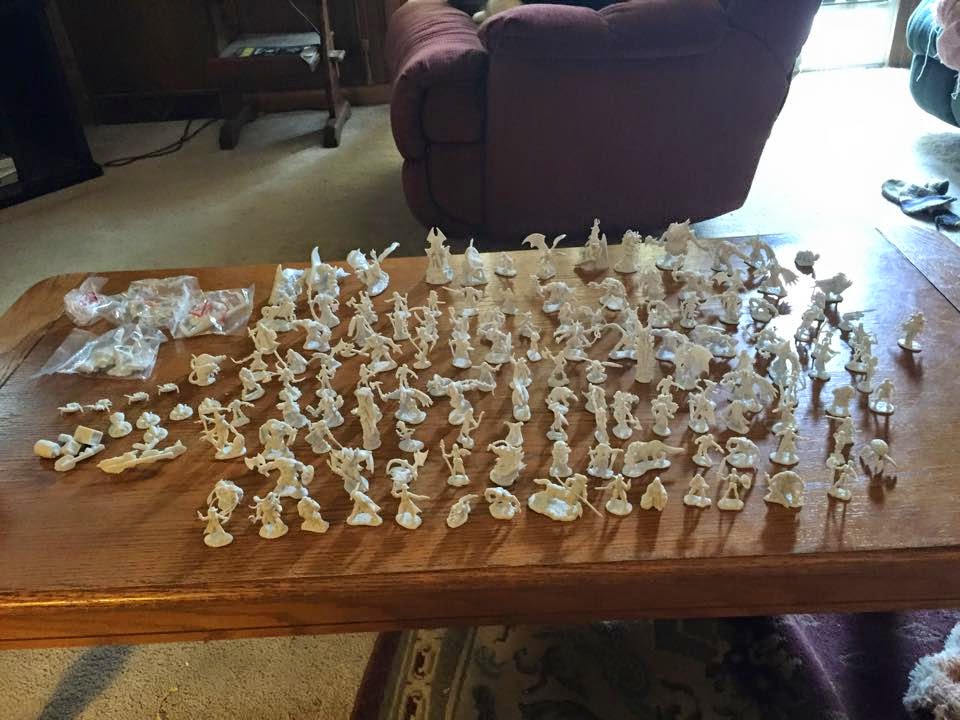 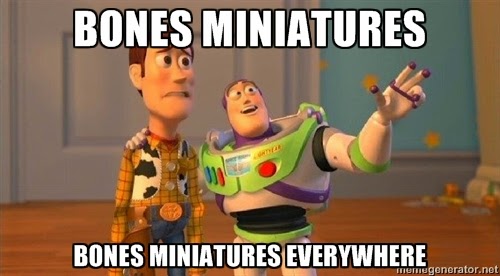 I better start painting.
Posted by Mark Siefert at 10:25 PM No comments: