While I usually try to keep ahead of such things, I confess that this one nearly slipped under my radar. I only fond out yesterday that Kevin Crawford over at Sine Nomine Publishing was working on Silent Legions, a modern day Lovecraftian horror game using familiar OSR mechanics. Their latest Kickstarter is fully funded in its final stretch. To quote the KS site:


Silent Legions is a modern-day Lovecraftian role-playing game, one built to support a sandbox style of gaming and the creation of your own diabolical Mythos. While compatible with the Stars Without Number game system and many other classic old-school games, Silent Legions is built to stand alone and provide you with everything you need to develop a grim world of unspeakable occult secrets and mad, sorcerous scheming.

Silent Legions is 160+ pages of specially-designed material to help a game master create their own cosmic evils and mysterious alien powers. Rather than simply recycle the traditional Cthulhu Mythos baddies, Silent Legions gives you the tools and techniques to make your own, the better to shock and dismay your players with fresh horrors that haven't already been wrung dry by familiarity. The creatures and cults the game helps you build are also fully compatible with most classic OSR games, allowing you to export them to other settings or mix and match with material you've drawn in from your other games.

As a perk for donating, you get a peek at the playtest rules, and, as the blurb states, it's very similar and compatible to Sine Nomine's other OSR offerings like Stars Without Number and Spears At Dawn. Also, as stated, you won't find its bestiary stuffed full of familiar monstrosities like Mi-Go, Deep Ones, and Star-Spawn of Cthulhu. Instead, it allows you to create your own original degenerate-cult-worsphipped horrors to throw at your hapless investigators as they plunge into worlds of madness and elder chaos.

The campaign ends Thursday, December 18, at 6:42 pm CST. Donate today, before it is doomed forever!
Posted by Mark Siefert at 7:18 AM No comments: 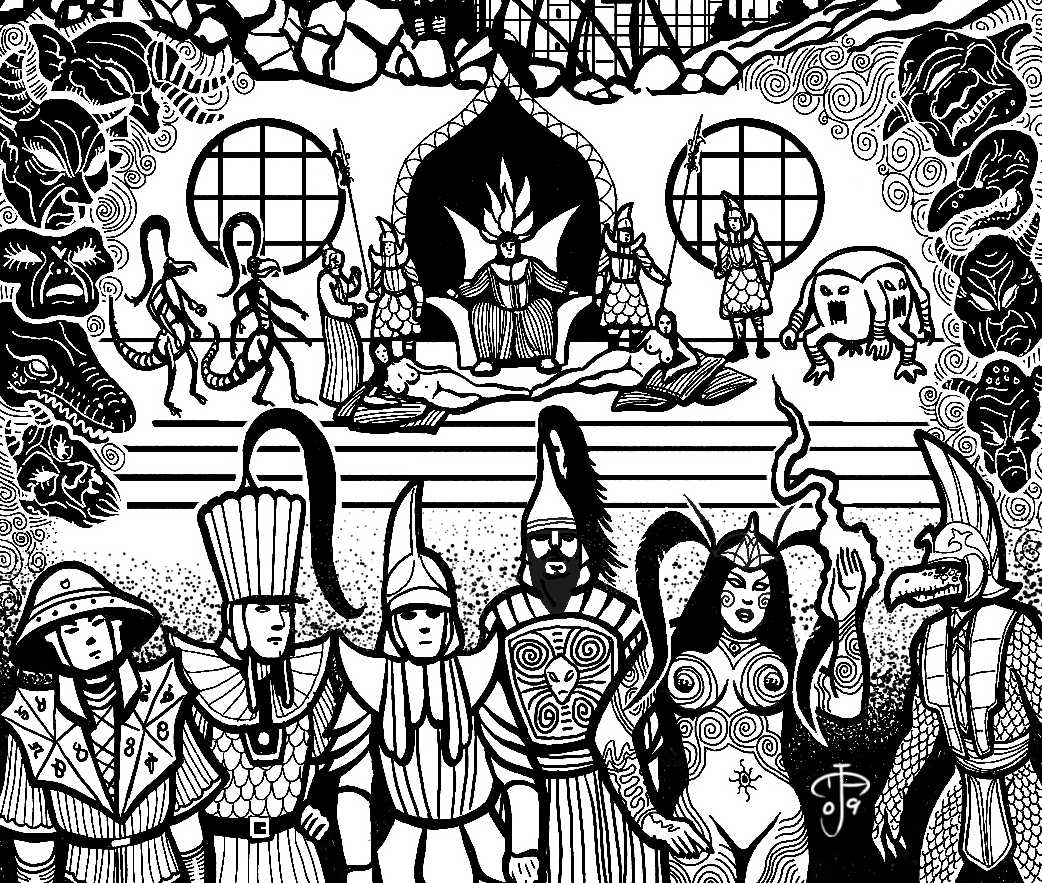 Next year will mark the 40th anniversary of the publication of the late Professor M.A.R. Barker's Empire of the Petal Throne, which introduced us to his world of Tekumel. Veteran Tekumel-gamer Brett Slocum, suggests that we celebrate by declaring 2015 "The Year of Tekumel." I wholeheartedly agree. Which is why I'm going to dedicate a huge chunk of this upcoming year's blog activity to that effort.

Along with my usual fare, I'll be posting characters, magical items, creature conversions to Savage Worlds and 5th Ed, after action reports from any games I run or participate in, and any other Tekumel-related coolness I can devise. I also suggest that if you've got a gaming blog that you join in on the fun. The more the merrier.