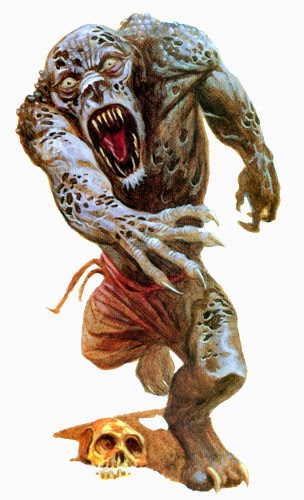 (Note: The Nacaal would not use the word “Ghoul” since that name is derived from Arabic, a language that will not be uttered for thousands of years to come. Terms like “Crypt Dweller,” “Carrion Eaters,” “Grave Kin” and other similar phrases are the most common names given these creatures.)
Posted by Mark Siefert at 9:26 PM 3 comments:

Awesome news today from Voidstar Studios who announced yesterday that they will be porting their Transhumanist science fiction RPG Nova Praxis to Savage Worlds and they've brought on a familiar name to help:

We're proud to announce that Nova Praxis is going to be released as an officially licensed Savage Worlds campaign setting. And is that the conversion is being done in conjunction with none other than veteran Savage Worlds developer and publisher, Sean Patrick Fannon, author of Shaintar.

I have always felt that Savage Worlds needed a a more "modern" science fiction campaign setting especially after enjoying novels like Alistair Reynolds' Revelation Space and Richard K. Morgan's Altered Carbon. I own the FATE edition of Nova Praxis and I was greatly impressed by the depth and scope of the game. I just don't think that my more traditional gamer friends would be interested in the more free-form nature of the FATE system. A Savage Worlds edition would greatly open the setting to a wider audience and with Sean Patrick Fannon in the wings, we can be pretty sure that this will be a well-made conversion.

Posted by Mark Siefert at 12:30 AM No comments:

Creatures of Mu: Deep Ones


Here we're going to start to translate some of the more popular Lovecraftian creatures into stats for the Swords & Wizardry version of my Mu Campaign. I'm using Chaosium's classic Call of Cthulhu as a guide for conversion as well as S&W's monster creation rules to help create the stats. First off, let's look at those ichthyic servants of Great Cthulhu, the Deep Ones:

These amphibious humanoids resemble nothing less than an obscene melding of fish, frog, and man. They tend to be gray-green with pale bellies and their long, webbed hands with razor sharp claws, scaly backs and palpitating gills slits on the sides of their necks. They are superb swimmers, but can walk on land by lopping and hoping about. Their glassy eyes never shut and their croaking, baying voices are capable of generating human speech.

Despite their obvious genetic differences, the Deep Ones are somehow capable of interbreeding with humans. At first, such hybrid offspring would initially appear human, but upon reaching adulthood will slowly begin to change into a Deep One, eventually forsaking the land joining their fellows beneath the seas. Unless killed through violence, Deep Ones are virtually immortal, dwelling for centuries in their undersea cities and praying monstrously to Cthulhu and his cohort's Da'gun and Hi'dra. They yearn for the day when they will rise up and overthrow the simian surface dwellers, paving the way for the return of their slumbering lord. They often target desperate coastal communities, offering plentiful fishing and gold in exchange for devotion to Great Cthulhu, human sacrifices, and breeding stock.
Posted by Mark Siefert at 12:15 AM 2 comments:

Yes, I will again be gracing Gary Con with my august presence and this year I will be GMing an event:

Slavers Of The Dead

Why do the serfs of the remote, decaying village of Ny'Cha fear the night? What sinister forces are rifling through the bones of their ancestors? Can a motley band of travelers unravel Ny'Cha's secrets before more potent horrors are unleashed upon the land?

Welcome to Mu, the dark, bloody and decadent world of sword and sorcery adventure and Lovecraftian horror. Pre-generated characters and variant rules summaries will be provided. 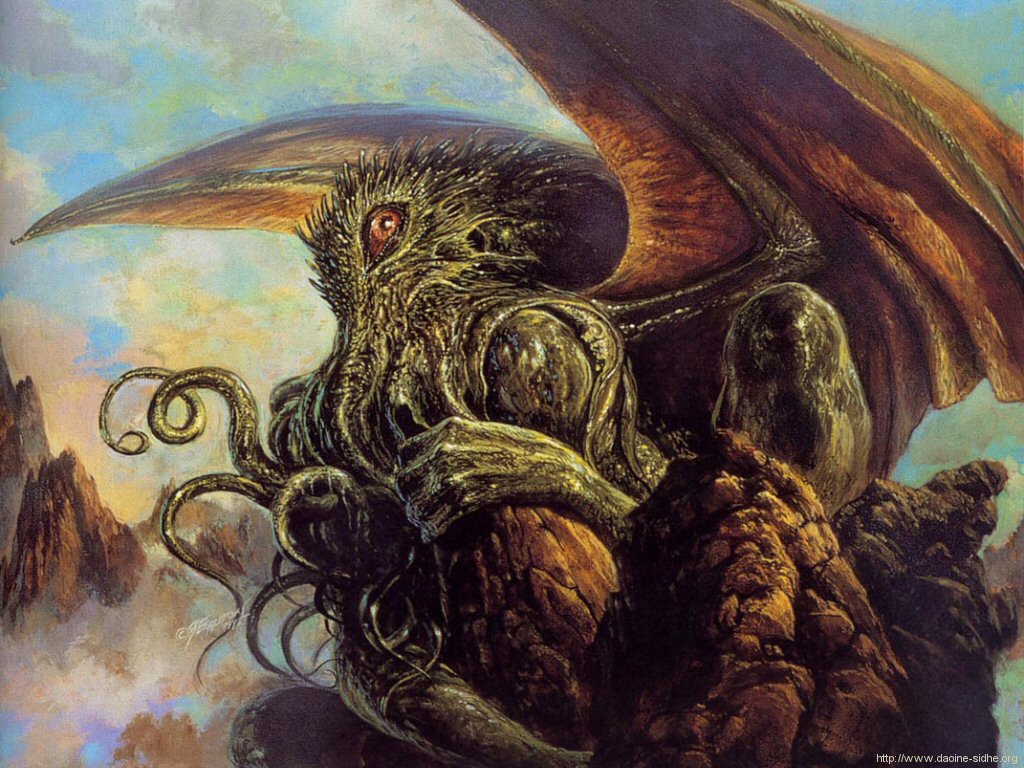 I also wanted to run a Savage Worlds/Realms of Cthulhu adventure where the players take the roles of mobsters sent to the mountains of Kentucky to find out what happened to a hooch supplier. Unfortunately, that game was not approved. Oh well, far less game master drudgery for me.
Posted by Mark Siefert at 11:04 PM No comments: